The ending of a novel needs to leave the reader satisfied and should reflect the pace and tone of the rest of the story. The truth is, endings are hard. The writer must conclude all subplots and bring clarity and resolution to the conflicts the characters face.

I’m going to share six of the most effective methods for concluding your novel.

This method is often used to entice the reader into continuing on with a series. So that the ending creates anticipation instead of resolution. I think this works best when the overarching plot remains and the characters continue onwards with their journey, for example, a looming war.

Warning: Conclude the subplots and character journeys set out for this particular story or the reader will feel cheated.

This happens when the story ends where it started and is hinted at in the first chapter.
Either with a retrospective narrator telling/ remembering the tale. For example, in The Hobbit Bilbo Baggins starts the story by reflecting back on his journey and ends the story in the same place after reminiscing about his time with the ring.

Or the last scene can simply take place in the same setting, thus mirroring the first scene.

Warning: Maintain suspense – don’t over hint at the stories outcome.

This is my favourite, where all plots are concluded, all answers are answered and the characters have grown, conquered gained a  moral perspective. Typical genres are romance, mysteries and children’s lit.

Remember: Happily-ever-after isn’t the only way to create a satisfactory ending for the reader.

Where the conclusion is a complete surprise catching the reader off guard. The dramatic twist is revealed in the last few pages. It can offer anew insight, shifting the perception of the whole novel by getting the reader to replay the events and come to a different conclusion that was previously implied. Maybe the hero is still alive? Or perhaps something a character believed in, is revealed to be a lie; or visa versa. Maybe the villain is the hero’s father… Luke!

Warning: The ending must be realistic. It must work in tandem with your characters journey, their personality and the elements of the story. It must make sense and steer clear of clichés. 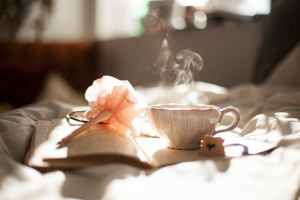 Life can be messy, and our novel can reflect this. Perhaps you want to leave the reader pondering about the outcome of a plot and the characters. If done well, the story arc should hint at a few possible conclusions and leave the rest to the reader’s imagination.

Warning: This requires balance so as not to leave the reader feeling cheated or confused.

Here we allow the readers to glimpse into the future of the characters, maybe months or years ahead. The epilogue allows us to see how everything turned out. However, it must maintain the tone and pace of the story and continue to build an emotional connection with the reader.

Warning: This should not resolve the story arc.

Consider some of your favourite endings and what made them memorable for you. This can be done through films, tv series or even a treasured book. So if you’re watching Netflix, take mental notes of what works for you.

Tell me, what’s your favourite type of ending? You know I love hearing from you.

Thanks for stopping by.

Until next time, Much Love.

66 thoughts on “Six Superb Ways To End A Novel”